After several months of intense careful study of the text I have put together the following proposed map, showing the relative positions of Book of Mormon lands, cities, rivers, etc. See my answers to questions about the Book of Mormon HERE.

Following are two of the most well known theories for Book of Mormon geography: 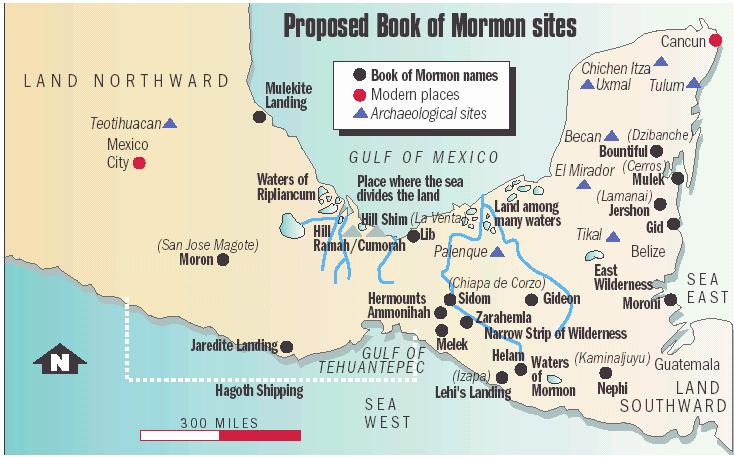 Another theory according to James Warr placing it near Nicaragua and Panama: 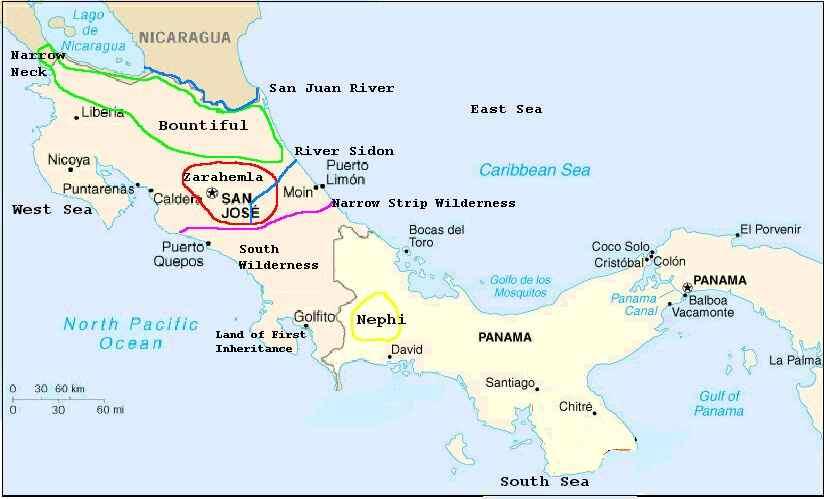 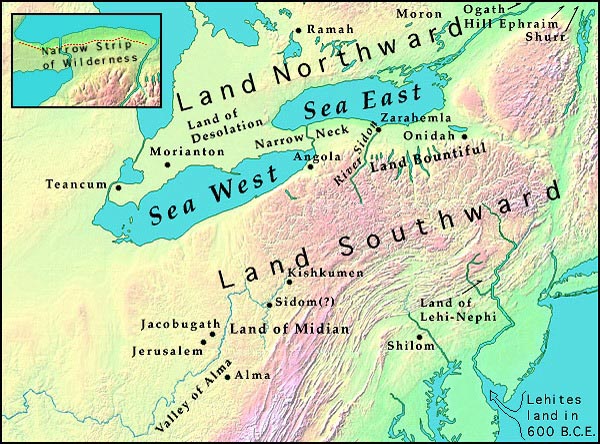